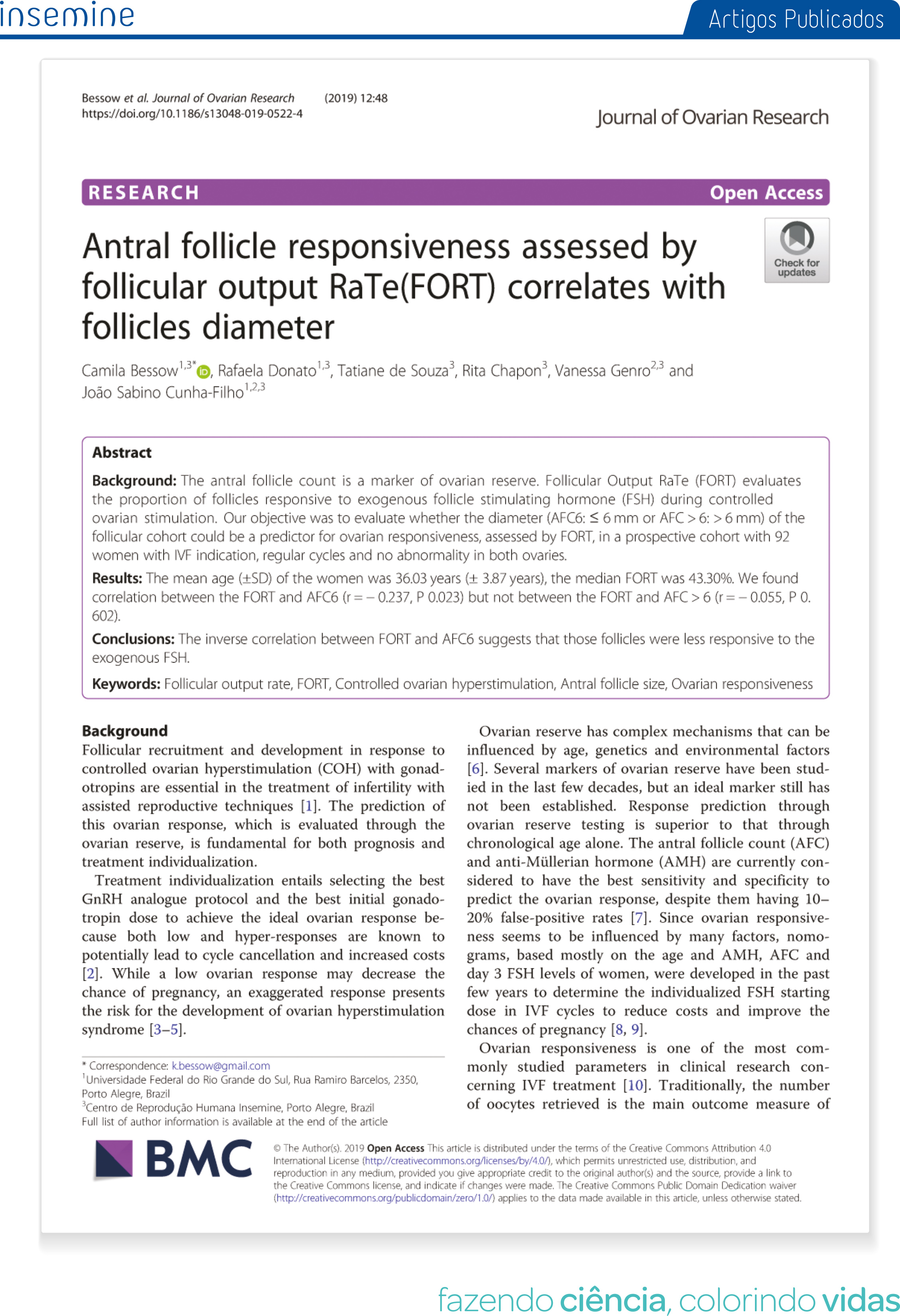 Abstract
Background: The antral follicle count is a marker of ovarian reserve. Follicular Output RaTe (FORT) evaluates the proportion of follicles responsive to exogenous follicle stimulating hormone (FSH) during controlled ovarian stimulation. Our objective was to evaluate whether the diameter (AFC6: ? 6 mm or AFC > 6: > 6 mm) of the follicular cohort could be a predictor for ovarian responsiveness, assessed by FORT, in a prospective cohort with 92 women with IVF indication, regular cycles and no abnormality in both ovaries.
Results: The mean age (±SD) of the women was 36.03 years (± 3.87 years), the median FORT was 43.30%. We found correlation between the FORT and AFC6 (r = ? 0.237, P 0.023) but not between the FORT and AFC > 6 (r = ? 0.055, P 0. 602).
Conclusions: The inverse correlation between FORT and AFC6 suggests that those follicles were less responsive to the exogenous FSH.
Keywords: Follicular output rate, FORT, Controlled ovarian hyperstimulation, Antral follicle size, Ovarian responsiveness

learn how our treatments work

In artificial insemination we control ovulation through ultrasound to determine the fertile period. 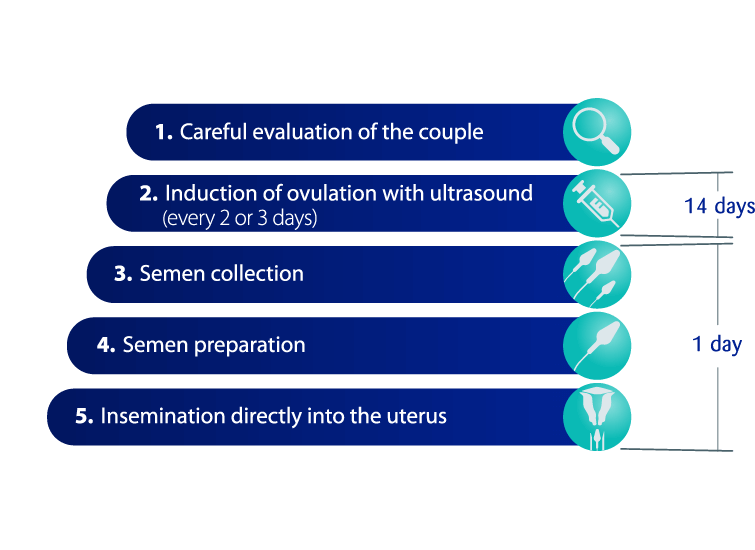 One of the most used techniques of assisted reproduction, popularly known as "test tube baby".

The treatment steps are exactly the same as for IVF. The decision to perform ICSI or not is technical and does not change the treatment for the patient. 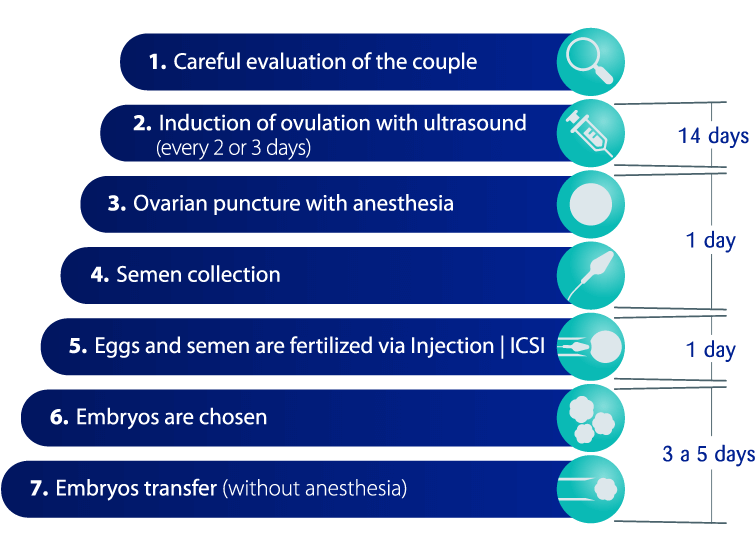 This procedure makes it possible to select an embryo before it is transferred to the uterus. 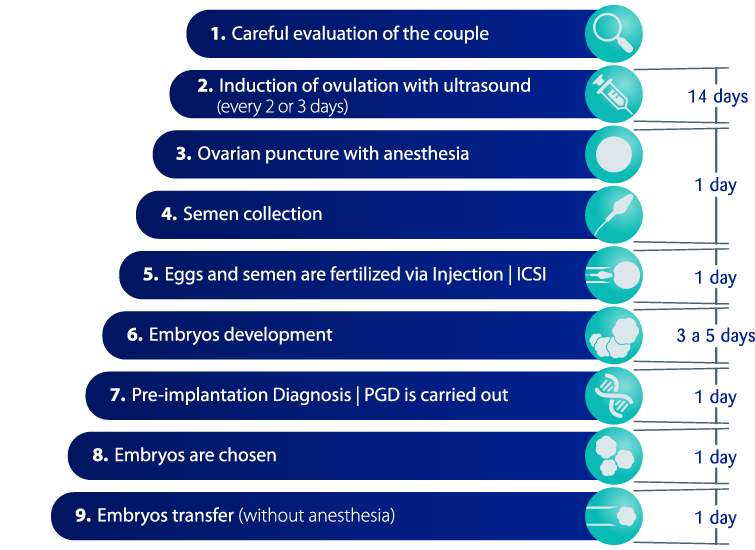 Egg freezing is recommended for women who wish to preserve their fertility so they can have children in the future. 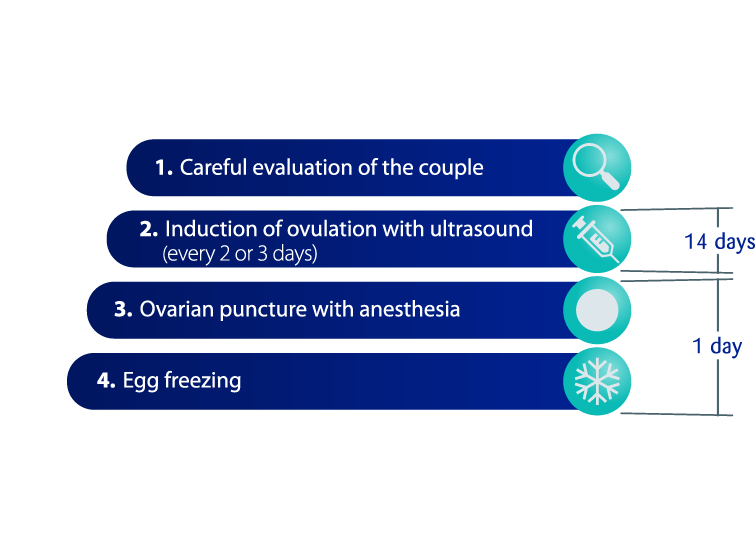 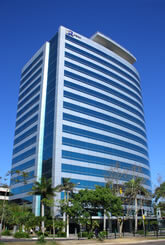 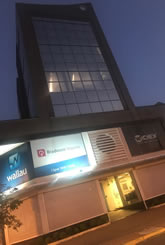